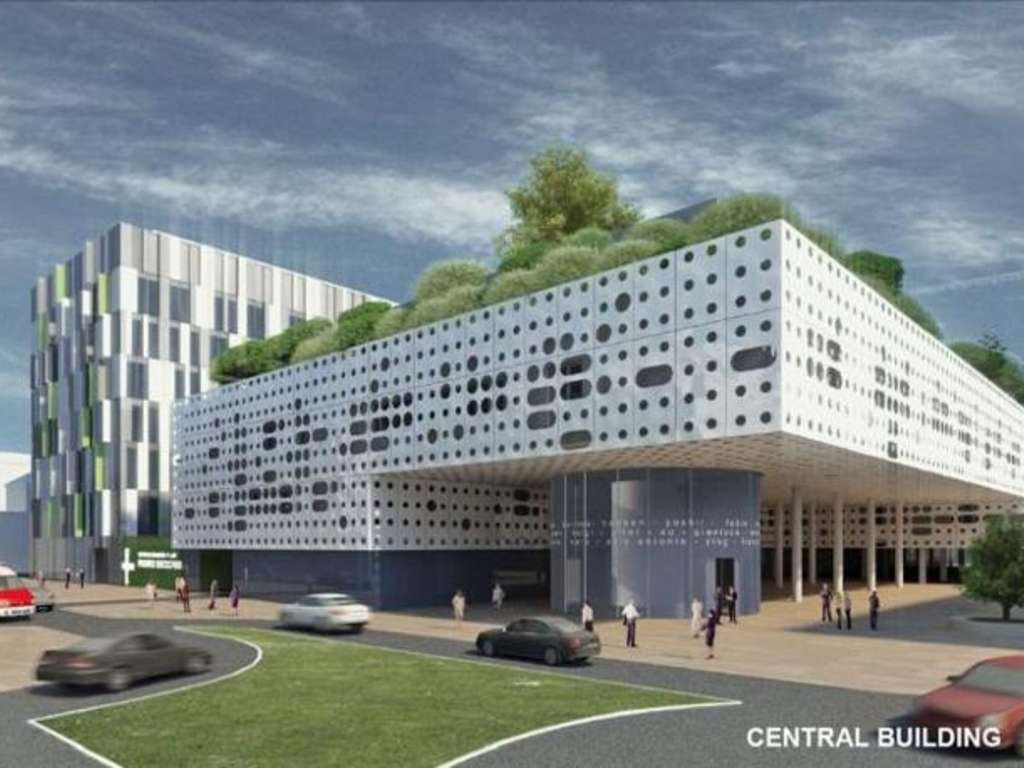 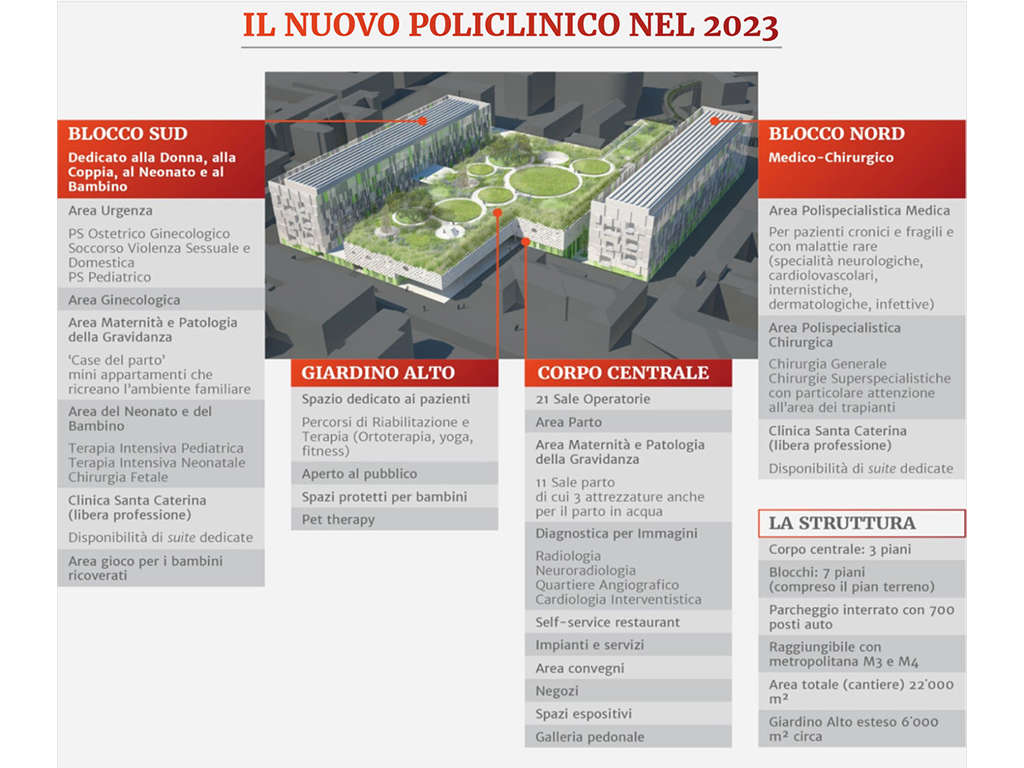 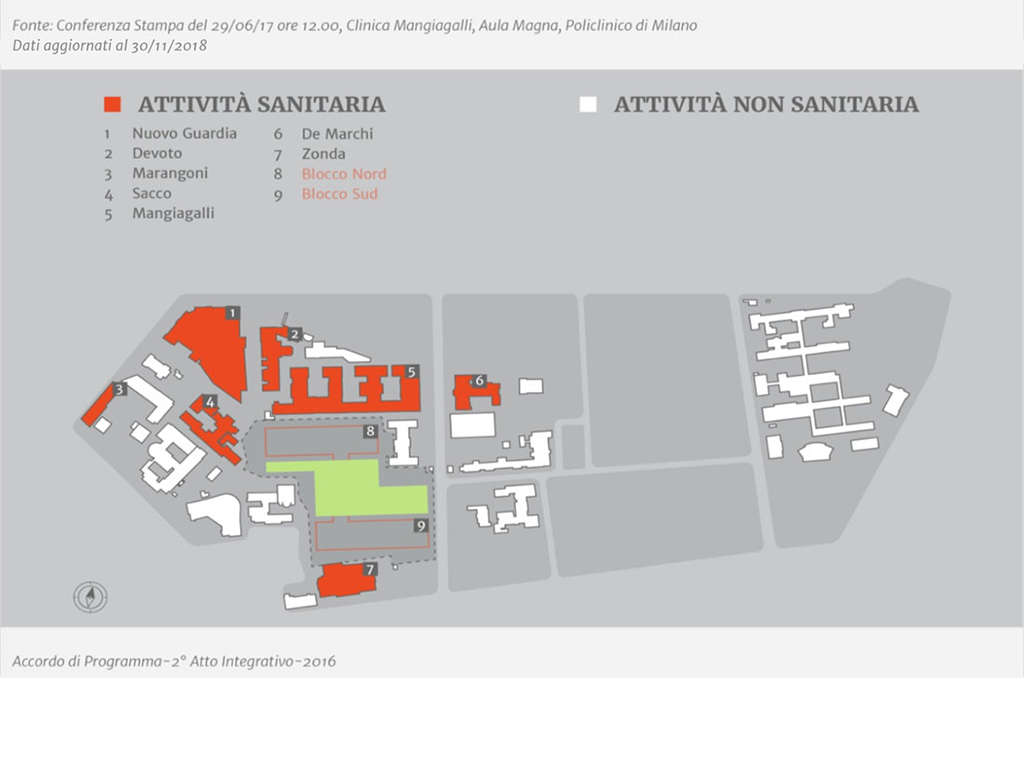 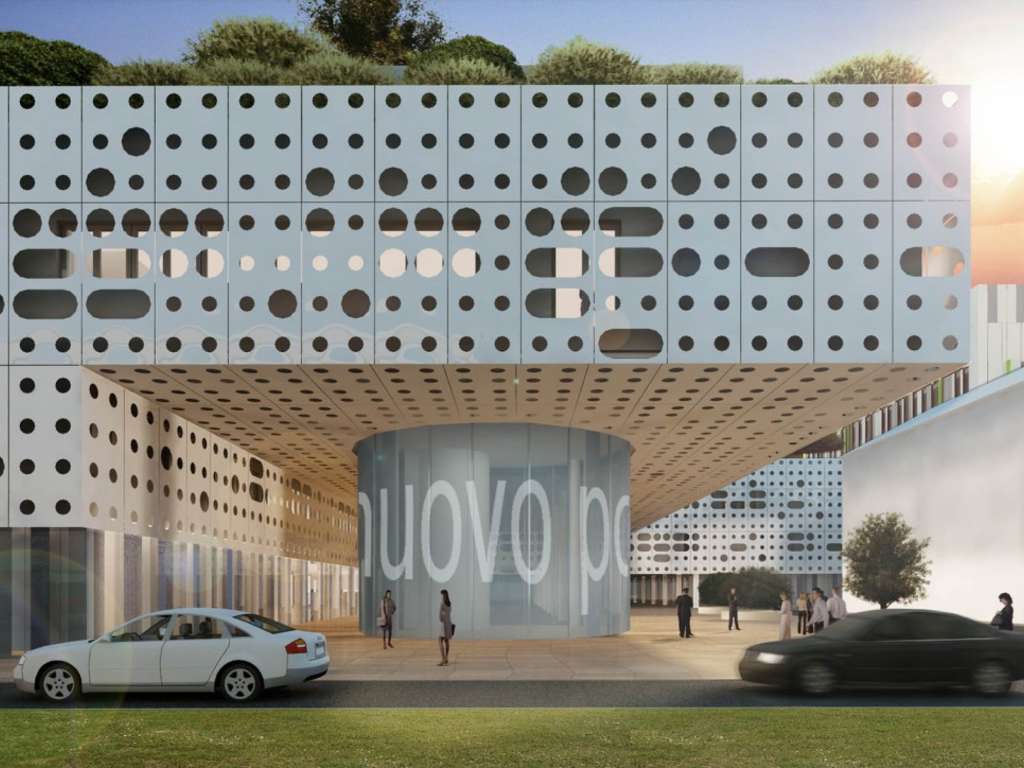 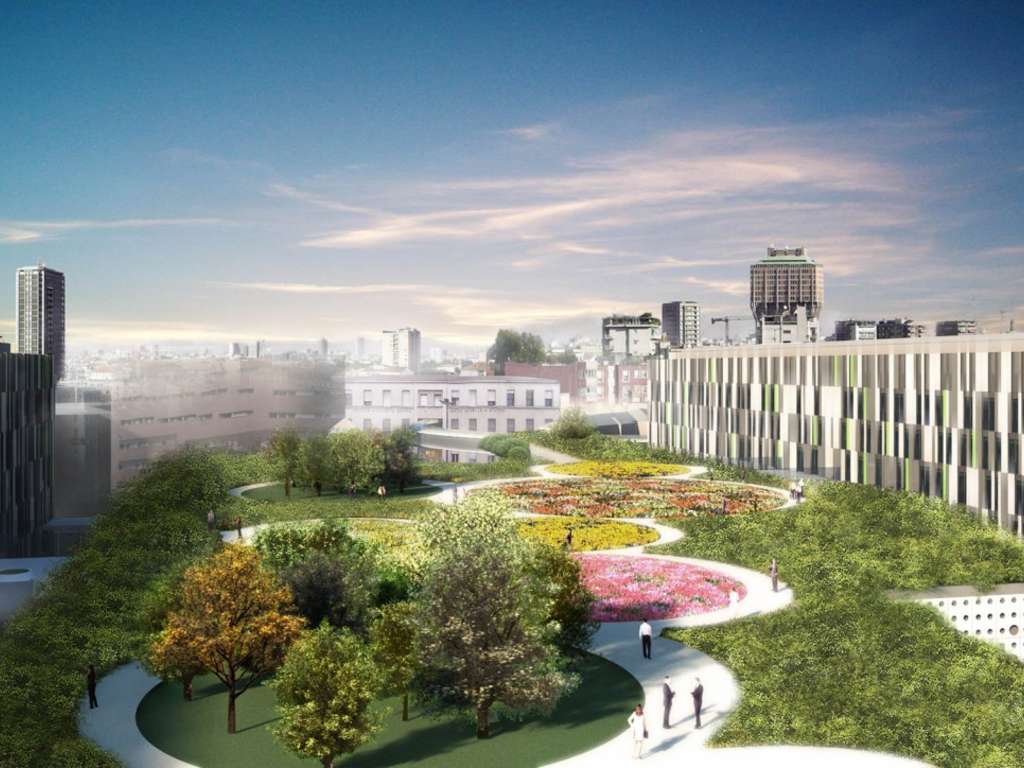 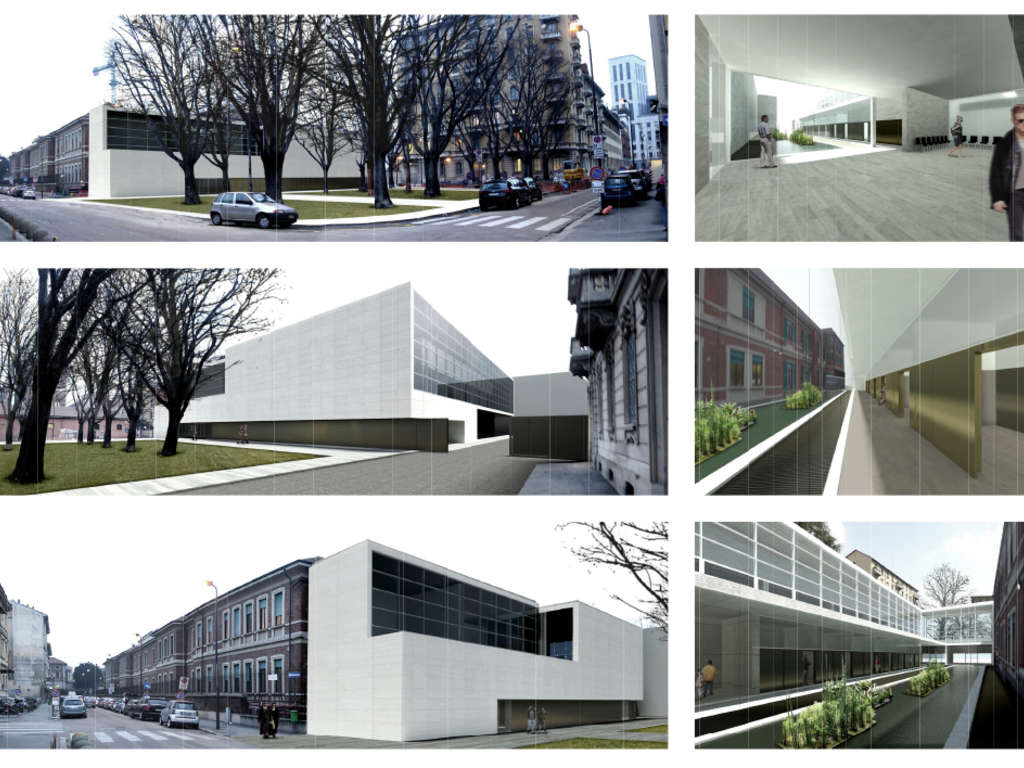 The new hospital complex is an integrated building, made up of two tall buildings, at the north and south limits of the complex where the wards of the two poles are located: medical and maternal / child; a lower building to integrate the two Poles, placed in the center, between the two slats, with the most intimate and operative functions of the Structure: the operating theaters, the delivery rooms, the intensive care. The various services of the complex are interconnected with the remaining pavilions through a reorganized system of underground paths. The construction of the new hospital complex enhances the public aspect of the Polyclinic enclosure as a crossable urban system, characterized by urban service functions (commercial, tertiary) and increasing the permeability of the external public space through a public gallery that connects via Della Commenda with via Francesco Sforza. Each of the large buildings that, over time, have characterized this part of the city, has always accompanied the idea of large dimensions with the construction of an open space which, with the variation of the functions hosted, has taken on, from time to time, the character of a private, semi-public, public or collective space. On the roof of the central building there is a large hanging garden of 7,000 square meters with about 100 trees of various sizes and with shrub species consistent with the garden of the New Polyclinic. 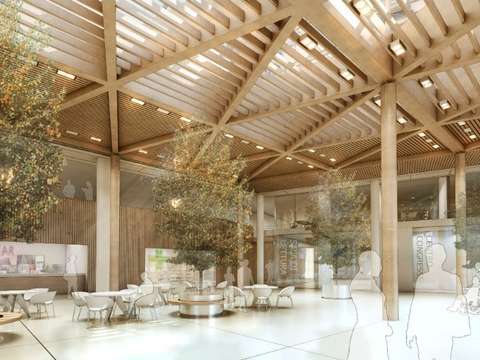